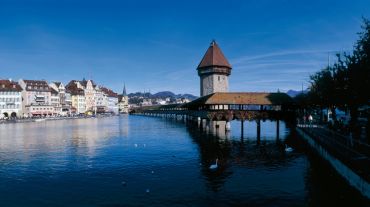 Lake Lucerne is not only one of the most beautiful, but also one of the most important lakes in Switzerland. It is located in the central part of the country, among the steep wooded hillsides, in the foothills of the Alps.

Lake Lucerne lies in four valleys that are connected by narrow straits. Water in the lake is very clear thus making its shores even more beautiful. The water level in the lake during the summer rises by an average up to 1 meter.

The first settlements in the vicinity of the lake appeared about 2 thousand years ago. The largest city in the region is Luzern.

Near Lake Lucerne, it is always crowded, there are many tourists and those who are fond of water sports. You can get to Lake Lucerne by train or by car. In addition, ferries and ships go among the most famous resorts of the region.